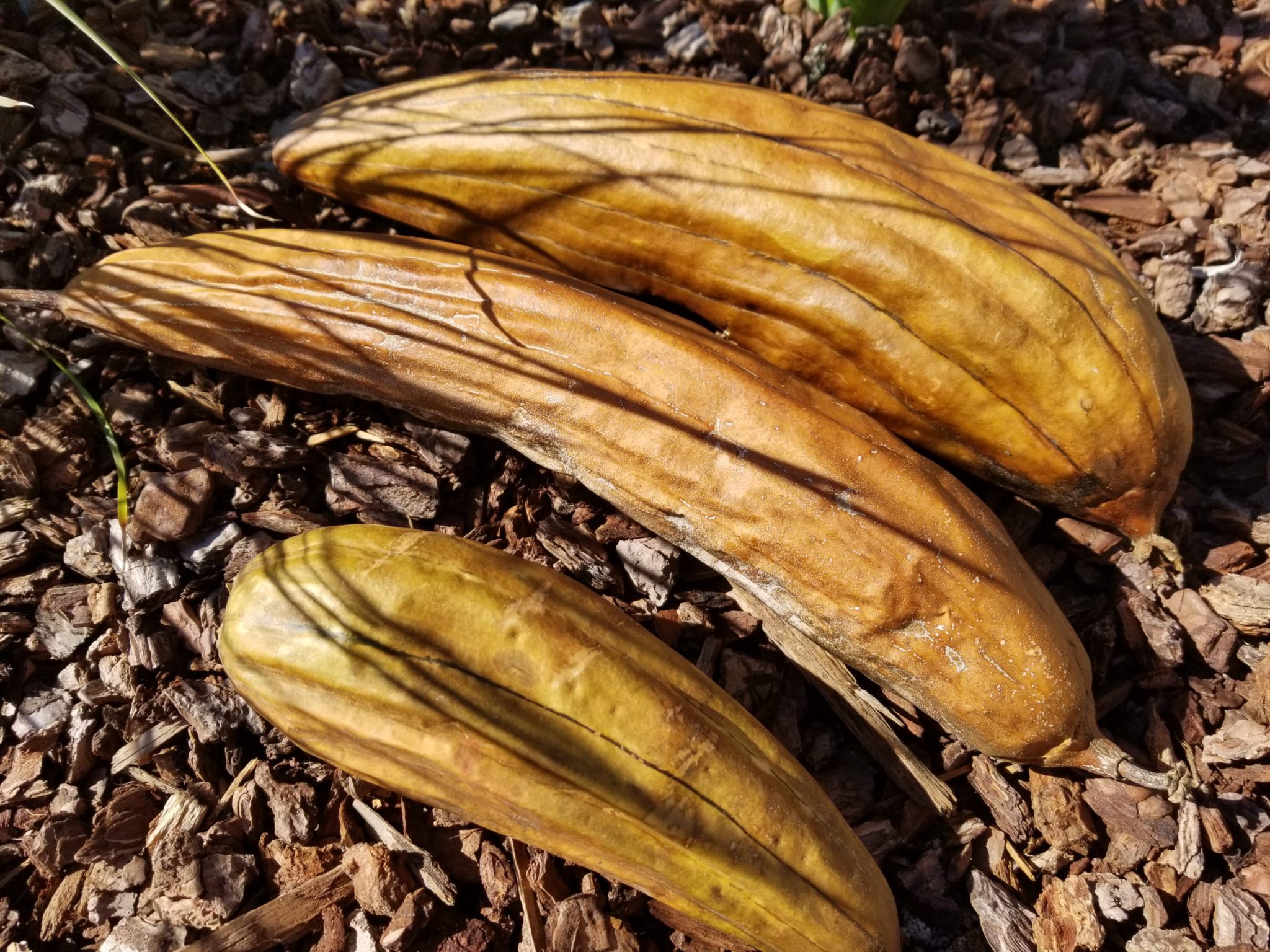 You are here: Home / In The Garden / Growing Loofah: Year Two
April 1, 2021 by Katrina Hupfeld

Growing Loofah: Year Two. Growing loofah for the first time last year was pretty fun and simple. You can check out my post about my first year by clicking here. This year I decided to dedicate a spot in the garden just for loofah (that’s a lie… I will tell you about that later), rather than have it share a spot with herbs and flowers in the raised flower bed. I have read a few different posts on choosing a spot for your loofah, and some say give it a lot of space, others say you don’t need that much at all. To me both are true. I didn’t give my loofah a ton of space and I was still somewhat successful. Had I given it a lot of space I would have been more successful. So don’t let space deter you. Its a fun plant to grow.

The first year I was just testing it out to see if it’s a plant I wanted to grow at all. Turns out the answer was yes, and so this year I am expanding the space. Below is a picture of the new space.

My photography skills are certainly not great, but you get the idea of the new spot. I got the piece of hog panel at my local salvage yard for $5, and bought the plant hangers at Lowe’s for around $5 each as well. They are perfect because they hold the hog panel a few inches off the wall.

A quick note about sowing seeds. Seeds do best if they are soaked in water before you plant them, and using hydrogen peroxide in your water solution will help them germinate faster. Hydrogen peroxide will also kill off any bacteria that your seeds may have picked up. Just add 1 ounce of 3-percent hydrogen peroxide to 1 pint of water, soak for 8 to 24 hours, rinse and lay out to dry.

After the threat of frost past I soaked the seeds I harvested from last years loofahs in the hydrogen peroxide / water solution, and planted them in the new location. Now back to that lie I told you about how I was dedicating this spot to loofah only. I changed my mind and planted Large Bottle Heirloom Gourds in the center pot. I just can’t stick to one plan for longer than two minutes.

So as of April 1, 2021 this is where I am at. I will update everyone as the months go by on the progress.