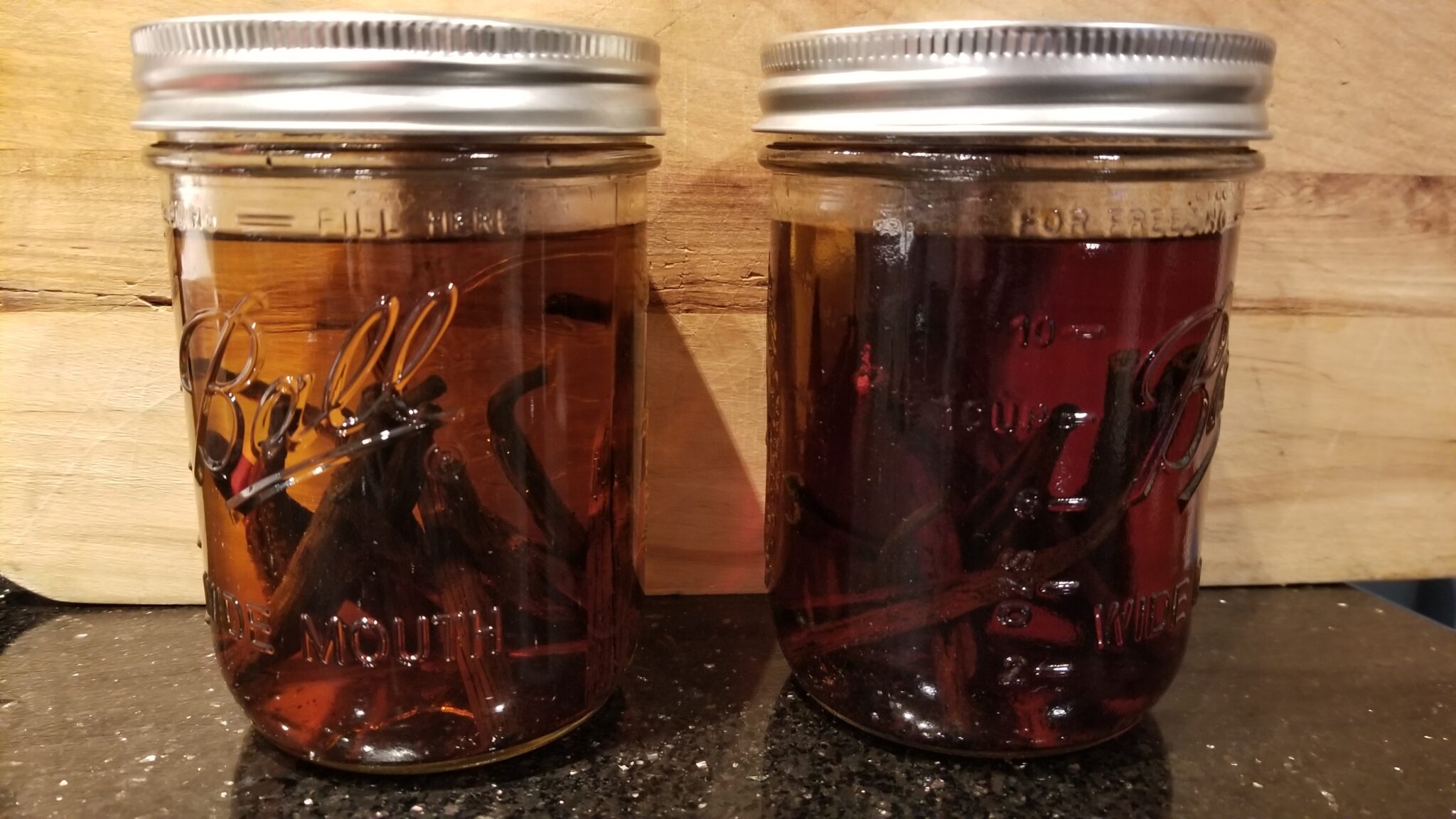 Homemade Vanilla Extract: I wish I knew sooner just how easy it was to make homemade vanilla extract. After the first video I watch on how to make it I was plenty educated, but I decided to watch about twelve more just to make sure. In the end the steps are pretty simple. Take five Madagascar Vanilla Beans, cut in half, slice open, throw 5 pieces in a 16 oz jar filled with unflavored cheap Vodka, seal for six to twelve months. Shake jar weekly to mix it up a bit.

Yup, that easy. I could draw the post out with a story about my time in France to make this post longer, maybe add a few pictures, tell you about my childhood growing up in the beautiful wine country of Northern California… Okay fine. Here is are pictures I took of the Eiffel Tower.

What does the Eiffel Tower have to do with homemade vanilla extract? Nothing, but I did have a fun time in France, and wanted to post these pictures. SO PRETTY!!

Okay, I will expand on making vanilla extract. To start, vanilla beans from Madagascar are the best. I found mine at Costco; for six beans for $10. I usually only see them at Costco during the holiday season, so grab them when you see them. I have seen them on Amazon as well, so shop around for the best price. They are expensive no matter where you buy them!

Cut the beans in half, then slice them open lengthwise. You don’t want to cut all the way through. Just enough so that you can open the bean up to expose the seeds inside. Seed?? Are they seeds? Sure.. moving on…

Now all you have to do is put six pieces in a 16oz jar filled with cheap Vodka. Some people like the Bourbon flavored Vodka, others prefer plain. Everyone seemed to agree that you do NOT need to use expensive Vodka. Save your money. Seal up the jars and put them someplace where you will remember to shake them a little periodically. I try to shake my jars at least once a week. Nothing crazy, just a little shakey shakey. We aren’t making milkshakes! If you miss a week or month, no biggie.

The two pictured below were made about two months apart. You can see the older one is darker. You can start using it after it has been soaking for about six months, but the longer you leave it the better it will taste.

When you do start using it, never throw out the beans. Use a little extract, then add a bit of vodka to replace what you have used. I will be giving this batch as gifts for Christmas in 2022. I will get much smaller jars, add one of the bean halves, and add a portion of the extract. If you do not have a full year before you want to give it as a gift, it is fine to package them up early, and put a tag on them that says don’t open until XX date. After only a few weeks the color is very attractive and would still make a wonderful gift.

Since it was such an amazing trip to France, here is another picture from out trip. Now go and make your own Vanilla Extract!